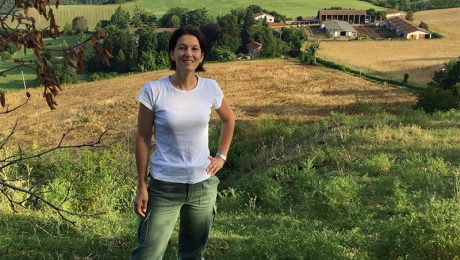 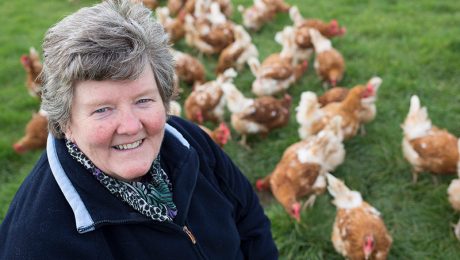 In 1983, Margaret married her husband, Leo, and they moved to a 16-hectare dairy farm with 10 cows in Mullagh, on the border of Cavan and Meath, Ireland. Having worked in a bank, it did not take long for Margaret to realise that the income from the dairy farm would not make ends meet, so she looked around to see what could be done. Margaret realised that farming families kept few hens and so, since then, Margaret has been investing in this sector.

In 1987, Margaret began a pioneer investment in Ireland, buying 150 freerange laying hens and supplying a local packer. Nowadays, Margaret has 150 hectares of land, 168,000 free-range hens and her turnover stands at €6.2 million. The product is presented on Irish supermarket shelves in coloured packaging, which sets the O’Eggs apart – the ‘O’ stands for outdoor. 5 cents from each pack of O’Eggs goes to a cancer charity. Margaret also bet on Megga eggs, free-range eggs that are naturally enriched with omega 3, selenium and vitamin E via the hen’s diet. In 2009, Margaret identified another niche market, i.e. white eggs, and so invested in white hens. Three years later, in 2012, Margaret solved the problem of unsaleable very small and very large eggs by introducing pasteurised egg products and she now supplies bottled eggs to most of Ireland’s main supermarket chains. The company employs 33 full and part-time staff and Margaret works with 22 farmers who complete a poultry educational programme, including a programme with the University of Scotland. Margaret has also set up a research and development department for innovative products. This year, Margaret has already invested €8 million in production facilities. Because sustainability is key for Margaret, she developed the Origin Green Programme within the Irish food board and encourages people to visit her farm to see how transparent the procedures are for themselves. All of Margaret’s products and ideas are promoted via Facebook, Twitter and Instagram and she recounts her inspiring tale of entrepreneurship and innovation on television programmes too. Margaret also participates in a national TV programme, “The Secret Millionaire”.

In 2003, Olga founded Kujani ltd and the Kujani farm. The farm is a family business and all four family members are well versed in agriculture, with several agricultural degrees between them. Olga herself is an assistant at the university. The Kujani farm is somewhat of an oasis in the middle of the Hungarian wasteland and has 14 hectares of vines and 16 hectares of stone fruit trees, which are essential for the production of apricot jam, cinnamon flavoured apricot jam, apple and apricot jam, strawberry and apricot jam, and sour cherry jam. Whilst founding the farm, Olga was also granted SAPARD pre-accession funds for Hungarian agriculture and invested in a system of real-time monitoring and forecasting for farmers. The system that Olga created makes it possible to produce high-quality products that meet EU food security requirements. It is also coupled with specialist advisory services. The system can be used anywhere in the world after a few tweaks to adapt it to the specific characteristics of each country. The system recently became the basis of the system used by the Hungarian Chamber of Agriculture and is employed by some 1,000 Hungarian farmers. It has also piqued the interest of foreign partners, and several state officials from Serbia, Kosovo, Saudi Arabia, Morocco and the United States have visited the farm to see the programme themselves.

Olga selected and purchased the equipment herself and developed the integrated and complex plant production system, known as the Hungarian tailored system, which is perfectly aligned to Hungarian weather conditions and the needs of Hungarian farmers. The system supports farmers’ agri-environmental projects using smart tools (text messages and e-mails) to provide real-time professional advice for farmers on when to spray their plants, when to use chemicals and which dosages to apply. The aim is to forecast pest control trends, work on plans for soil management and fertilisation, and establish a rotation system and farming schedule based on best practices. The services also includes farm advice with practical demonstrations, group advice sessions (reviewing expectations) and organising training sessions for the National Qualification Register (OKJ). The technological system was first used by the Kujani farm. At present, some 1,000 Hungarian farmers use this system to produce highquality goods and meet EU food security requirements. 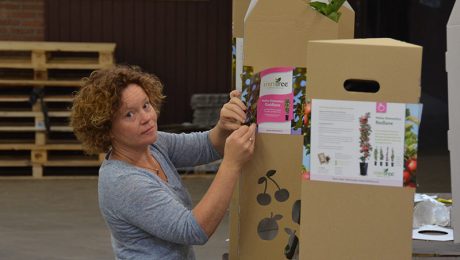 Corine worked in the Fleuren tree nursery, which is a family company that produces 1 million fruit trees per year in the Netherlands. Their apple, pear and cherry trees are delivered to customers both within and outside of Europe. In 2010, the concept of producing your own food was gaining ground and Corine realised that it was not easy to have fruit trees in small spaces, such as back gardens. Corine therefore developed mini apple trees that do not need much space or care. The concept is now spreading across the Netherlands, Germany and Belgium.

Corine developed mini apple trees that do not demand much space and do not exceed 50 cm. This is an innovative product for fruit growers and consumers alike. Moreover, these trees do not need to be pruned or sprayed, because they do not suffer from the common diseases that plague apple trees. Corine uses Facebook, Twitter, phone calls and e-mails to remain in contact with her consumers. This exchange is very positive as it allows the customer to express his doubts and also helps Corine better understand what people want. The mini apple trees are sold directly from the producer to the consumer via her online shop. The concept to promote healthy food grown in small spaces began with a plan to plant 500 trees in the first year, but actually 5,000 trees were sold. Currently, 10,000 mini apple trees are sold annually and the business is also growing outside of the Netherlands. Corine is also working with another company to develop a MiniMest (fertiliser) that is sent to the costumers in the right dosages and at the right time. Corine shares her concept by giving talks on entrepreneurship in universities and clubs, and also gave a TEDx talk entitled “Find your inner farmer”. She also works with market research students from different universities. 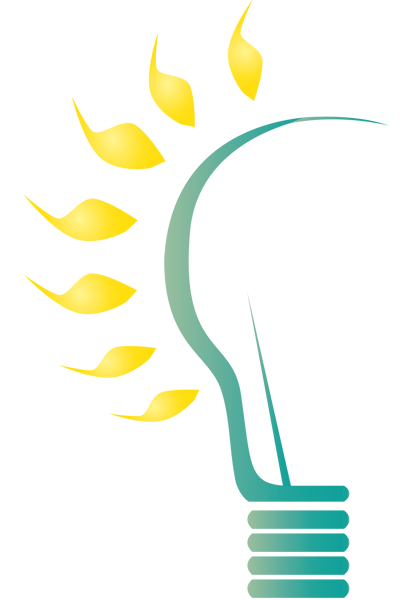